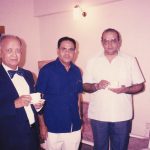 THE ADMIRALS OF THE NAVY WHO OCCUPIED THE BIG WHITE CHAIR IN SOUTH BLOCK & ARE NO MORE NEED TO BE REMEMBERED WITH THEIR CONTRIBUTIONS TO THE RISE OF THE INDIAN NAVY—ADM JG NADKARNI WAS KNOWN FOR OP GODSAL –A SEAMANSHIP TASK WELL DONE SIR BZ ! RIP.

IDF has received several  personal  responses  on  Admiral JG  Nadkarni’s  OBIT, and hence produces a few with his photograph.    Vice Admiral MP Awati former FOC-in-C West that IDF served briefly as COPO now called CSO(Ops),  had a booming voice, a majestic gate and  is   devoted to the Navy even  today and is credited for pushing […] 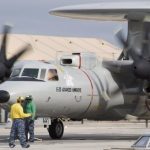 CAN INDIA SIT ON THE FENCE OVER TRUMP’S SANCTIONS ON RUSSIA ?—UNLIKELY– BUT IT CAN GET EXEMPTION FROM CAASTA IF IT CUTS A DEAL WITH TRUMP —— BUY THE PLANES WE NEED BADLY FROM USA —- AN RFI IS OUT ! GO FOR IT —–TO PLEASE BOTH USA AND RUSSIA !

Ranjit B Rai IDF appends  what IDF  POSTED  after PM Modi’s visit to USA in 2015 on invitation by President Obama as thanks   for  signing a Strategy Partnership for Asia Pacific which is Indo-Pacific now.  IDF analyzed PM Modi’s  visit. Indian Navy is  exercising  in RIMPAC off Hawaii and have consummated over 20 Malabars. India […]

Ranjit B Rai  Admiral  Jayant Ganpat Nadkarni PVSM NM AVSM was born on 5th Dec, 1931 in Bombay and passed away after an illness in INHS Asvini in Mumbai on 2nd July, 2018.  He was accorded military honours in his home town Pune. His wife Vimal a  kind lady, pre-deceased him and bore an impaired […] 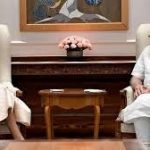 USA- PART 2—POT POURI ABOUT TRUMP & INDIA & PM MODI — AMERICANS ADMIT INDIANS ARE THE MOST INTELLIGENT/ HARDWORKING & CLEVER (CHATUR) INFLUENTIAL GROUP IN USA ! BUT WILL THAT HELP STRATEGIC AUTONOMY FOR INDIA ? SO INDIA WAITS FOR 2 PLUS 2 ?

Ranjit B Rai This IDF post  is about India’s critical  geo-strategic and economic challenge to face USA’s sanctions and begs the question,  will Strategic  Autonomy that PM Modi desires be possible, for India ? The answer lies  in President Trump’s mood which PM Modi has stoked by inviting him to Republic day 26th Jan, 2019 […] 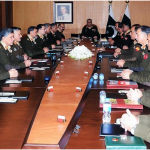 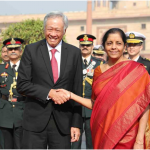 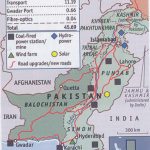 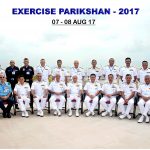 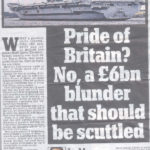