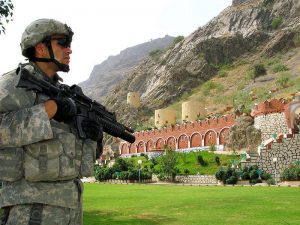 This is an IDF Analysis of SOCIAL MEDIA,TWITTER FAKE NEWS and such used for policy making and also employed to suppress truth and manipulate and distort the truth. IDF makes a strong pitch to GOI and I&B ministry to release SPORTS to private FM Radio waves from All India Radio (AIR) monopoly which earns hefty, from Cricket monopoly. Bureaucrats dot like to lose it, on one excuse or other. Sports cannot be propaganda and India needs to better its medal record with 1.3 bill base.

Youth, Military and Sports aficionados suffer as sports generates a spirit, but radio in it is not allowed ! What a pity 70 years after Independence ‘British Chale Gaye……..Steel frame reh gaya’ !

Most Indians do not realise they never, or ever have heard a sports, cricket, hockey or any sports competition even an Inter-School match or a military sports event on Private FM Radio the widest heard, cheapest to transmit and receive, and the largest media in the world, now on mobiles too.

Melvel D’Mello told Radio Commentators-“In dirty genes with unshaven faces your good modulated voice can make a picture of the true scene for listeners”. This needs professionalism as it is not a TV blip where the viewers sees the picture too in colours, and the sexy Anchor with Jhumkas can distract. Or Arnabi changes hair styles and channels to shout noises ! Other channels follow flakily for TRPs with invitees, no one refuses !. 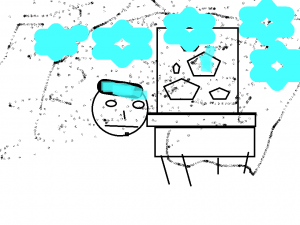 D’Mello during the 1971 war glorified Capt Mulla on sinking of INS Khukri, “Capt Mulla smoked his last cigarette on his bridge chair and handed over his life jacket to a young officer, as he went down with his ship in finest traditions”. The wonderful perception lives today ! Was it fake news ? It was to build morale. Admiral SM Nanda lauded Mulla but asked Captains that days of old traditions are over. You must live another day and use your experience to see no IN warship sinks. Radio helped !

News, Current affairs and sports were and are reserved for All India Radio (AIR) by a British legacy which was to control Indians. Today it continues. AIR Gold 106.40, airs staccato 20 minutes news bulletin every hour and some 30 minutes sports summary once a day. If you are not on TV or internet your wife may ring you up in Mumbai to tell you not to go to Hotel Taj as terrorists are holed up and killing there. This is a true report. Saved lives of three foreign tourists.

Some interesting current affairs programme are aired by AIR at night. Rest is songs and plays, repeated with Bollywood talk even though AIR is allowed Current Affairs. World over issues are discussed on Radio with guidelines to police. AIR has large staff to monitor.

PM Modi has understood the power of Radio with his Man Ke Baat heard on the move in cars etc and CM Kejriwal has enthused Delhi-ites, also on AIR Radio. 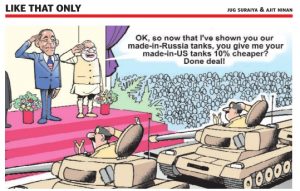 Private FM contracts allows only entertainment. Has any I&B heard of BBC 1/2/3 Radio which informs, helps young and old engrossed and keeps depression/sleep away while on the steering wheel and the mother cooking in the kitchen learns as it titillates. If she did that watching TV the dish would burn. The blind and lonely see it as their savior, but all FM does today in India is to teach Indian kids ‘Choli ke Piche’ as it is aired umpteen times !

PM is bright and may appreciate Sports should be freed to Private FM, suggestion sent to My Gov. A good commentator will even make a DPS School vs St Columba’s Cricket match interesting and gripping. Listeners and parents will know how their wards are playing and good commentators will teach the nuances of cricket to listeners and snippets of Delhi to keep it interesting ! Indians are missing this, as Ministers worry Fake News can be aired but not on sports, so it is briefly discussed.

Fake news includes manipulated news with instantaneous transmission of data, voice and pictures and videos in this era of IR Information Revolution sweeping the world at the speed of light. Fake news can make or unmake perceptions and big businesses and reputation of individuals can be distorted. 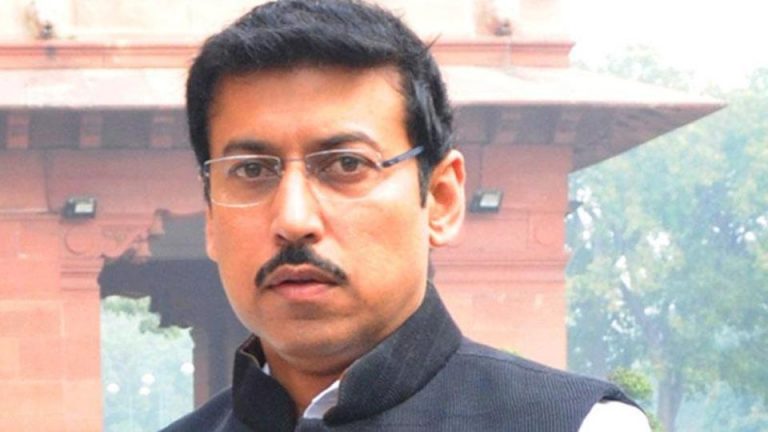 Powerful World Leaders with dictatorial ambitions suppressed freedom to raise their Nations. Hitler, Mussolini, Franco and more recently Augusto Pinochet, President of Chile (1973-1990) all ruled like dictators after overthrowing the democracy. They were of the military genre and had military backing. Glory was short lived but their Nations rose.

But today trend is discernible. The civilian Presidents of China and now Xi Jinping and President Putin are current examples. China has risen under President Xi Jinping as leader of the World’s No 2 military and economic power and supresses. China has taken over South China Sea, defied UNCLOS edict and even entered Docklam to claim Bhutan’s Territory and taken over ports and territories from Tributary nations. North Korea leader Kim Jong UN may surprise on 9th its National Day but its arsenal of missiles and nuclear bombs is impressive, it got from China and Russia in the Korean war and Ukraine few know about. And Uranium Centrifuges from Pakistan in return for No Dong missiles.

President Putin made Russia rise from the ashes of Yeltsin and took over Crimea. Dissenters are sorted out in Russia even if they live abroad. President Trump is the new leader who has pumped up USA’s stock, improved economy and he went for CNN and labeled accusations on his Russia connections, as Fake News.

Is India being infected and is that an answer for India ? This is a question only Intellectuals can answer not IDF, which sees 1.3 bill Indians with no one language to sing, rejoice or cry together and no one script, and allows all religions to flourish so can one religion dominate ? British were clever, they muzzled and controlled Radio for manipulative news and made Rajas, Nawabs, Maharajas and a Nizam with British advisers do their dirty work and corrupted them. Few lines in IE edit on 7th Sept on Death of a Journalist are quoted for thought.

“ Gauri is not the first to be silenced and will not be the last……and some like the BJP, backed by the RSS are manipulating our narrative by changing the vocabulary”. Is this writer referring to fake news ? Was Demonet data news or fake news as suddenly Ex RBI Governor gloats since growth rate has dipped and FM who said it was the best thing says lower GDP is a blip.

It is up to the public in this era to sift Fake News but public lives on perceptions, so damage control is resorted for Fake News, Navy calls it the Kala Kauva (Black crow) syndrome which led to the 1946 Naval Mutiny which hastened Independence.

Was sale of BrahMos missiles to Vietnam fake news for two days and so many articles and the retraction. Who done it ? Groucho Marx would have asked and grilled him.

British ruled India well for 300 years. It reserved Air Waves for ALL INDIA RADIO (AIR) and all telegraph by Morse Code (Dit Da Code)for Post Offices for telegrams the younger generation do not know about. In the bargain reserved NEWS CURRENT AFFAIRS AND SADLY SPORTS also for AIR and the same Telegraph Act 1895 is in force in India 70 years after the British left, slightly modified.

Eighteen months ago at USI Minister of State for I&B Col Rajyavardhan Singh Rathore, who secured the silver medal in the men’s double trap at the 2004 Athens Olympic Games, delivered a brilliant lecture to some 200 serving and retired veterans on power of the media.

Rathore was asked why sports on Radio the largest heard and circulated media in India was not allowed to Private Radio. The questioner stated Private FM is only allowed Entertainment and is corrupting young minds when all over the world Radio educates. This dawned on the audience, and Rathore said Cabinet will be asked to allow Sports and did move matters but failed. Vested interests. Col Rathore has been promoted as the new Sports Minister, replacing Vijay Goel in a major cabinet reshuffle by Prime Minister Narendra Modi. He must open Sports to Private FM.

Good news is –This is not fake news. It is True news !