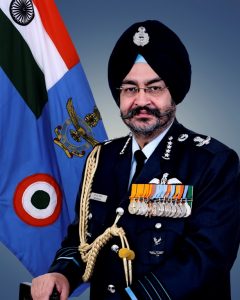 The back ground to this IDF ANALYSIS is the 73 day Dolkam stand off which triggered war worries in India’s ‘free for all’ partisan media. It did wonders for India’s defence to deter China. It gave Army confidence. Army Chief Gen Rawat warned about two front war and Army has since exercised accordingly. First BZ !

The Navy brass in Ex Pariskshan at Mumbai beefed up its fire power and the Fleets and INS Arihant did its bit, and Navy Chief Adm Sunil Lanba exuded confidence in his first full TV interview despite reports of minor problems in nuclear submarines, not uncommon. Second BZ !

The Air Force kept whining about shortage of fighter squadrons but less is beautiful. IAF thanks to Doklam became readier for deterrent action as Army and Navy had, and Air Chief Dhanoa demonstrated jointness in Air power of India in Gagan Shakti amplified by IDF in this post. Third BZ !

RM Sitharaman and EAM Swaraj, now in Mongolia addressed SCO. India’s globe trotting huggy PM Modi is headed to Wuhan to confer with President Xi Jinping at a time when China’s dramatic rise is occurring with blatant military and territorial expansion as a rising power to challenge the super power USA, its debtor too.

A trade US China war has begun but IDF predicts Xi Jinping will please RSS and PM by opening Nathu La for Mansarovar, but on Dokalam, Bhutan may have to swap territory towards Jhamperi as young Bhutanese want economy with China, not politics. Dalai Lama left some Tibetan Lamas behind in Bhutan en route in 1959 who Chinese have cultivated. Chinese tourism to Bhutan was up despite no diplomatic relations. Its economy and jobs that matters, Sirs !

China is investing billions into CPEC in India claimed Kashmir, and has Gwadar port as its own. Ormara is coming up as a submarine base ostensibly for the Pakistan Navy, a signal station in Western edge of economically weak Pakistan, a jetty and marines in Djibouti and a base in Maldives and has control of Humbantota with an SEZ, India worries about. China has offered $ 500 mill for Chabahar if USA withdraws its nuclear deal that Macron wants to save.

India must accept the West is using India to follow containment strategies towards China. India’s brilliant Diplomat Shyam Saran in his book, How The World Sees India feels India and China are too big to be contained, but a diplomat is trained by DNA to be diplomatic.

IDF after visiting China IDF states China is constrained and is vulnerable. It’s rise is being constrained by the USA and the West. This can be risky for India’s imminent rise as the fastest growing consumption economy, with larger FFE/FDI receipts and $ 400 bill in reserves. Russia and Iran, India’s friends have tilted to China.

Containment of China may end in action by China on India, so India must challenge and deter China. India’s beefed up military through deep commitments and strategic partnerships and visions for Asia Pacific with USA supplying top military weaponry to India, and Russia less, and the QUAD with Japan and Australia, and France a riparian IOR nation also leaning on India to lead the containment of China worry China. 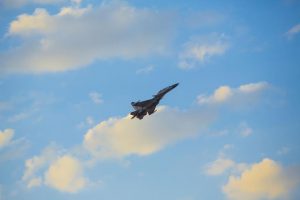 During PM Modi’s recent visit to UK for CHOGM he exuded confidence with a TV show. UK wants to join India in the unstated containment of China in the maritime field. India is the darling nation for partnerships and investment with the animal of consumerism let loose in India but a strategy for Pakistan and China’s BRI are not clear, only to stop China investing in India.

China has liberal peace; Chinese trust their leader XI Jinping for life and the people have economic freedom to become rich and a say in international institutions, but have no democracy. This democratic deficit in its rise, creates uncertainty for Asian neighbors and China’s intentions and actions are not easy to gauge. Indian Armed forces must unite at this stage to take advantage.

In the 1990s India’s Navy Chief and Air Chief and many senior officers visited Singapore forging friendships. By the 2000s, Singapore had stealthily become India’s closest Strategic Partner with its military assets in India for exercises, and OTR assuring free access to the Navy and 17 SIMBEXES alternately in to the disputed South China Seas(SCS) under China’s nose. Navy recently welcomed PLA (Navy)’s 27th Piracy Patrol as it woos Vietnam. Red flag to China as it entered IOR. 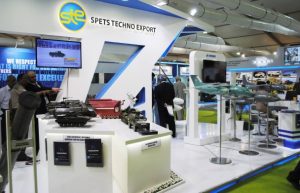 In Singapore Air Marshal Teo of the RSAF spoke at length to ACM Nirmal Suri and every senior visitor and recommended an Air Sea Battle strategy suited for the Maritime Security of India as Singapore has done. It went over heads. Teo said so when he flew a MiG-29 at Pune.

IN and IAF mistrust took place in the late 1960s when Navy forcibly took over Maritime Reconnaissance(MR) and Super Constellations from IAF. A Navy officer was considered enemy ! Navy was let down in MR by IAF in the 1965 war, but IAF refused to give up the control of the Maritime Strike Jaguars, opposed Navy’s aircraft carrier plans and inserted need of SU-30s in its request saying it can do what a carrier can do with air to air fuelling.

The first shoots of AIR-SEA STRATEGY capability were evident by the IAF in Gagan Shakti with SU-30MKIs flying to the Malacca Straits with dummy Brahmos missiles which will be operational in November, and if lessons are made into a joint strategy by the two services then China will be better deterred, and China and Pakistan fear that.

Phase-II involved all Air Commands , relocating to new Locations in 48 hours, and exercised in two fronts scenario with combat and air campaigns with fighters and heavy lift C-17s/ IL-76s and C-130 and An-32s. The IAF also chartered civil flights and trains for mobilisation.

Air Defence was exercised with Maritime strikes with MR help from the eight 737 P8is and 4 more will join. LCAs and Akash Missile systems were checked out with upgraded Mirage-2000s and MiG-29 aircraft with aerial weapons, including standoff BVR and precision weapons with confidence. 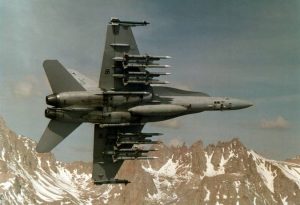 IN ships too deployed, ( in two war scenarios ?) in the Arabian Sea and the Bay for anti-shipping strikes by IAF maritime aircraft operating from bases and from A&N islands. Over 11,000 sorties were flown, 9000 by fighter aircraft in Network Enabled scenario with communications, networked air defence systems employing op enabling software ! Soon 7A IAF Satellite will be operational by ISRO to join Navy’s Rukmini 7.

IAF reported 80% serviceability of aircraft and 97% for radars, surface to air guided weapons with a dispatch rate of more than 95% for the Combat Assets, 100% availability of Combat Support Systems. The DPSUs HAL, BEL and DRDO were co-opted and unserviceable assets were promptly rectified. The logistics of the IAF and in some form the Navy’ support and the ability to sustain continuous operations 24×7 was put through a rigorous assessment.

The exercise like Ex Broadboard would have made late Gen K Sundarji proud also focused on base security with drills involving infiltration into operational areas a la Pathankot lessons. Chemical, Biological, Radiological and Nuclear (CBRM) attack scenario was exercised. Techniques for repairing bomb damage runways were practiced and restoration of essential services and mass casualty evacuation at forward bases with coordination with TA Units and Local Civil Administration. 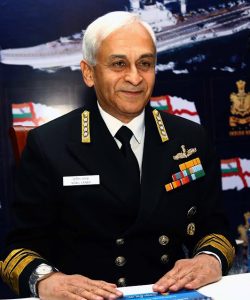 Exercise Gagan Shakti-2018 offers the newly formed DPC under NSA who is de facto CDS, to script 7 or 8 theatre commands that PM has ordered from 17 current commands, and to also script AIR LAND and AIR-SEA strategies for economy and operational deterrence and war. If the three Indian militaries co-ordinate they are no push over for any nation as this IAF exercise was an excellent opportunity to practice its war time drills and undertake operations in realistic scenario in a joint cohesive manner to achieve the stated national objectives. The exercise also enabled the IAF to validate operational efficacy of new platforms and refine existing Standard Operating Procedures (SOPs) for joint operations with Army and Navy.

IDF recommends strike while the iron is hot TO MAKE AIR SEA and AIR LAND strategies. CDS can follow only after theatre commands…but who is listening ! Shan Na Varuna!

Previous Post: ONLY DD TV COVERED 10TH DEFEXPO-OTHERS THE BLACK BALLOONS/FLAGS & CROWDS IN BLACK WITH ‘GO BACK MODI’ NARA—YET JUGADY DEFEXPO-18 WAS A PROFESSIONAL’S DELIGHT WITH POLITICAL DISCUSSIONS ON RAPE & FILTER COFFEE !
Next Post: REMAINS NO 1 IMPORTER DEPITE ‘MAKE IN INDIA’BUT DEFEXPO-18 & THE SIDM-FRENCH GIGAS MEET & CII -SIDM-B2Bs PROMISE MUCH AS BJP RUSHES A DPC FOR SECURITY UNDER THE DEFACTO CDS –INDIA’s NSA