“Nuclear Submarines in INDIA now have a new breed of professional Submariners apart from other Submariners to remain at sea for months underwater, on the ready with deadly nuclear missiles and no mistakes”, a la Hunt for Red October ! “

Its all about, “Command and Control, Ole Chap”, the Brit Admiral said sipping a pint of beer and puffing a pipe, more for authority in the No Treating Wardroom bar where each paid for his own drink, even if another ordered it, when Admiral was asked how Britain won the War at Sea twice in the 20th century. See photo our President Mukherjee too puffing a pipe , but denied PMship by a predessor. 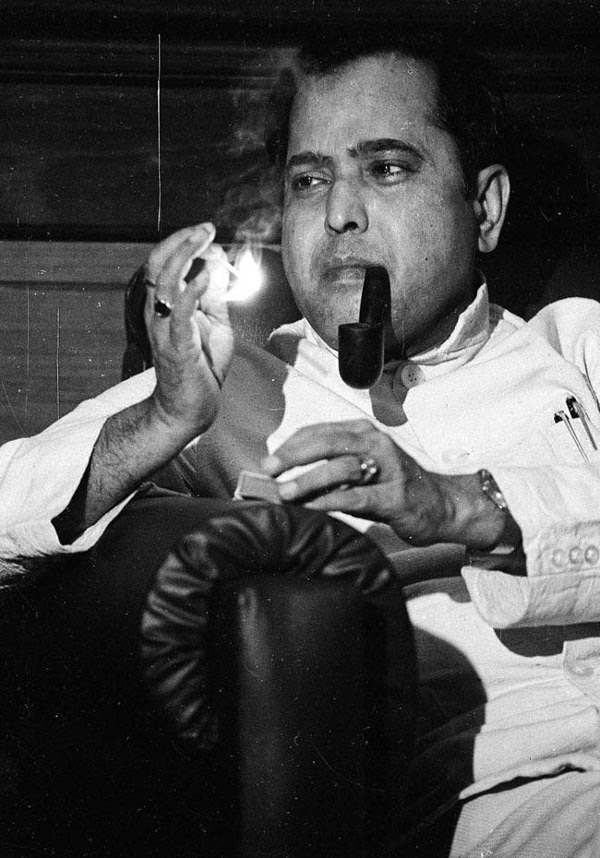 Indian Navy warships write in no treating rules, but BJP/RSS is against drinking or eating meats. Not so, in Britain as Rum was served to sailors too. UK gave up prohibition and even the ban on betting long ago ! On Indian warships Nimbu pani is served free in ‘Stand easy’ and may now be for treating despite better wages ! Nuclear submariners may certainly need a tot or two on Sundays and holidays to avoid going bonkers !

Its healthier IDF is told, and confirmed by tee tootling Indian wives, especially in villages who are not adequately educated, but hold the power of the Vote. More women vote in India because of boredom. It’s an outing for them like a holiday festival, few times a year, and many get gifts like sewing machines by Latas and Netas.

India is a very large beer and liquior producer too which is a revenue earner and a drink encourages social intercourse and for tourists to enjoy India. The experiment with prohibition may only allow illegal stuff at higher rates like not so dry Gujrat gets duty free from next door Diu in truck loads, and IDF sees in Delhi from Embassies in Incredible Indian ways. 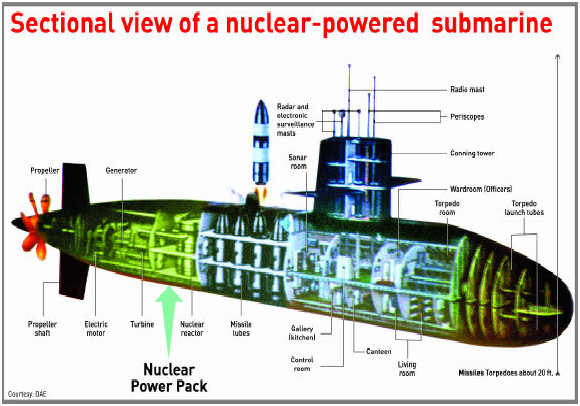 Only exports of liquior in fast changing India may be allowed, as India is a power to reckon with. Indians leaders tell us that except chaotic Pakistan, even USA and China listen to India as the No 2 in the world’s pecking PPP order and fastest growing (chaotic ?) economy in the world.

Hence Indians will be forced to see more changes like more odds and evens in more ways than one, to keep up with lack of infrastructure, which is crumbling with pressure. Say like do eat only veggies and no drinks for better health and less mortality. Navy will have to re-think on its Admiralty taught rules.

“Simple Ole Chap” the Admiral replied, “We lived by Admiralty Command and control directions. The Lordships had clear Commanders’ rules for initiatives and limits”. In India equivalent CNS VCNS COP etc as lordships in RN sit like a board like our PSO’s but with no veto powers. BJP feel its is not cricket to veto his Master’s Voice (HMV) which will be treated like mutiny like Adm Bhagwat tried in earlier BJP times and our current HMV speaks well and with sense. Chiefs came in George’s line. 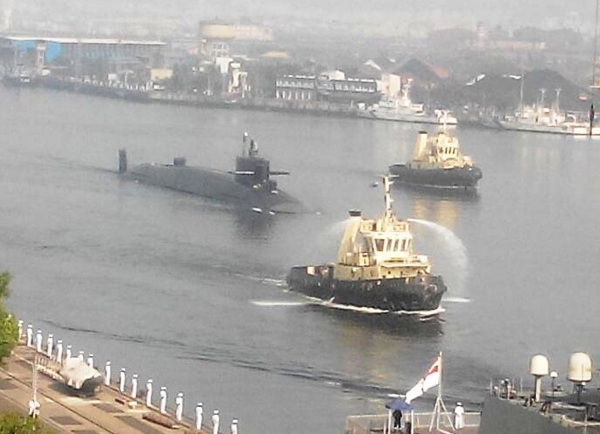 In old days there was no internet or under water extra low frequency (ELF) below water reception with French Neredies type floating ELF antennae that submarines have today, which will be assembled in India under Make in India rules as IDF learnt at DEFEXPO , but we had slow unsure encrypted ‘Dit Da Dit Da’ High frequency Fleet Broadcast or shaky BBC broadcasts to analyse the war situation.

Older Admirals added, “Its also Tradition ole chap…….its all about Victory, Nelson taught us”, as they sipped a traditional pint of beer too. ! Indian Navy learnt fast called pre lunch drinks on Make in Mend days, gone now, and file work introduced to keep busy. No trust in any body’s word now, Gen VK tripped in court and rose.

Yet RN’s Gora officers lost command and control when Malyali sailors made signals to ships in Malayalam in Navy’s 1946 mutiny and we got swifter freedom.

Admiral Russi Gandhi on INS Betwa used his Nelsonic eye in Op Vijay in 1961 and crippled Portuguese Frigate Alphonso De Alburquerqe off Goa saying he did not see the White surrender flag to the injured Captain in the hospital bed ! The swift Goa victory, gave confidence to the MPs and Panditji to drive out the Chinese in 1962. The Army has not recovered, and Chinese do not recall what they think was a border skirmish as Shashi Tharoor assures us.

Command and control in India’s No First Use And Massive Retaliation In India’s Biological Nuclear Doctrine will be crucial for nuclear submarines with nuclear missiles away from shores, almost incommunicado like Admiral Shekhawat was on INS Karanj off Karachi in the 1971 war. Some thought he was lost ! Or in the Pathankot attack when NSG ordered and IAF thought Garuds were adequate and Army waited. Command and control seemed ad hoc !
The Navy has change of OPERATIONAL CONTROL called CHOP of a ship or Squadron without change of ADMINISTRATIVE CONTROL for three months. It is clear to all CAPTAINS chopped to obey the new Boss operationally, with no arguments. It is clear the Administrative authority would write the ACR, but if the CHOP is extended to more than three months the new operating authority takes over Administrative control too.

RIN had no submarines and Indian Navy got its first Foxtrot class submarine INS KALVARI in 1967 two years after Pakistan Navy got PNS GHAZI ! Navy got an operating authority immediately and when INS Chakra came Command and Control was clear to IDF as DNI/DNO and there were no Nuclear weapons on board then .

It was Rudyard Kipling who wrote in 1916,“The Submarine has created its own type of Officer and Man with language and traditions apart from the rest of the Service, and yet at heart unchangingly of the service”.

If Kipling was alive he would have written a sequel for missiles on board which would help our NSA, RM , NSAB, NHQ, SFC & SPECIALISTS to prepare a RED WAR BOOK on operation of Indian nuclear submarines equipped with Nuclear Missiles as Arihant nears commissioning with 12 Kalam-15/Bhasin-05 750 km ranged nuclear tipped missiles, and Aridaman to follow.

A hot missile launch and extended trials have been completed and Government does not deny media reports, but a VIP will have to be free for commissioning with pending D 448, possibly after election results as most Ministers are traveling in India and abroad. Three RM NSA and EAM to China alone, with potential Chiefs Lanba, Dhanoa and a Gen with Def Sec to Chengdu !

A tussle may take place if not clear, as the missile launch code from a brief case called Football is controlled by NSA/PMO when she is christened as INS Arihant from the DRDO ATV stable under the Chief of Naval Staff and Flag Officer Eastern Naval Command and Flag Officer Submarines, and submarine operating authority all at VISHAKAPATNAM where she is be berthed at the Submarine Building Centre (SBC) .
SFC needs to understand what Kipling said and Arihant’s operational and Administrative limits as the funds come from another source.

Indian Navy should not be in danger of losing traditions too, as Maritime India is today the flavor of the times and it is salt that India lacked for decades to make the fare tasty because when India faces the prospect of having to deter two nuclear-armed neighbours, China and Pakistan, over unresolved territorial disputes it will need Command and Control that Gen Sam Manekshaw assumed with his offer of resignation and personality and took charge !

In this context submarines are the sword arms of a nation for war, and nuclear submarines are the vehicles of stealth for nuclear deterrence from the seas. India’s draft nuclear doctrine speaks of a triad for deterrence with no first use but Command and Control demands debate and education that IDF has offered and not leave it aside like the bitter fight between Army and IAF over command and control of Attack helicopters and a furthers delay even PM in formulating rules and appointing a CDS or type. Bharat Mata Ki Jai.