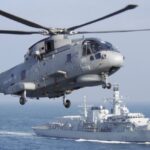 Post Election results as predicted by IDF this is a retrospective IDF Analysis of the AW-101 Agusta Helicopter Deal that initially was a political scandal purely in Italy connected with Berlisconi’s party in 2012 which lost. It had repercussions in India as price was inflated and selection was one sided for Italy with tailored QRs […] 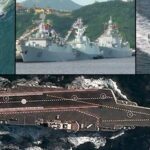 This is an Analysis of the Indian Navy’s 135 platforms, and its slowed expansion and challenges for the new Chief with listing of ships that have got cancelled or delayed in construction with huge cost escalations in PSUs, not allowed to Private Shipyards who have closed down. Navy has lost 13 platforms. IDF posts this […] 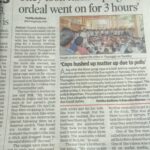 IT IS A POT POURI YOU MAY ENJOY – This is an IDF Exclusive for thinking readers of novels and biographies in 1400 words on what the novel AN UNDERHAND AFFAIR -Adhyyan Books just released is all about (ISBN 9 789388 644167 Rs 250 Amazon & Flipkart) and Rs 150 at Kotah House Souvenir Shop. […] 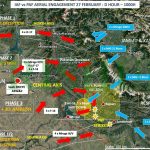 27th FEB SAW SURPRISE SWIFT RETORT BY 24 PAK AIR MACHINES AFTER THE BALAKOT ATTACK ON 26TH BY IAF —THIS WAS NEAREST TO WAR DISCUSSED IN STRATEGIC CIRCLES WORLD OVER AS CBMs & GLOVES ARE OFF & MISSILE USE THREATENED BY PM MODI IF PAKISTAN DOES ANOTHER PHULWAMA & PAKISTAN VOWS RESPONSE !

(With credits to TPS and Prasun Sengupta) This is an IDF Analysis of the 27TH February air action over restricted Kashmiri airspace which was a near war scenario not seen in recent times, where restraint or luck or events or communications ensured there was no escalation. What if few aircraft were downed ? Both nations […] 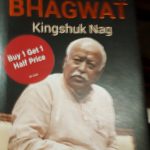 MILITARY INCLUDING TWO EX CHIEFS & A VICE CHIEF HAVE JOINED BJP TO ADOPT ITS PHILOSOPHY TO PUSH HINDUTVA & HOPE IT IS NOT TO LOOK FOR GOODIES FROM BJP & ARMY IN RETIREMENT ! IDF IS SURE THEY WILL SELFLESSLY FOLLOW THE CHETWOODE SPIRIT & SERVE INDIA TO RISE

In the last century nine US Presidents came from their MILITARY( Bush Snr, Nixon, Carter Johnson, Kennedy, Roosevelt from the Navy. Eisenhower and Truman were from Army and Bush Jnr from the National Guard. No wonder USA remains a Super Power and IDF hopes the trend of Indian officers who are joining politics will take […]