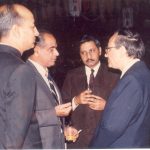 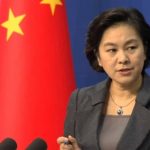 CMC HEAD JINPING PLANS REDUCTION OF PLA BY HALF TO BEEF UP PLA(N) & PLA(AF) TO INCREASE CHINA’S POSTURE TO TAKE ON USA WITHOUT WAR—THIS SHOULD EXACERBATE INDIA’S CONCERNS & IDF RECOMMENDS NEEDS TO INCREASE INDIA’S DEFENCE SPENDING—-IDF WILL ANALYSE 1ST FEB BUDGET TO BE PRESENTED BY CA GOYAL AS IDF PREDICTED!

Ranjit B Rai This is an IDF analysis of why China is reducing its Army by half which actually, is the less half trained and less kitted Army of PLA, at a time when China’s economy is slowed and population is aging. There are pointers for India to act in National Interests.  Even Indian Army […] 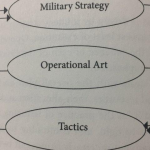 —– Ranjit B Rai This is an IDF Commentary of a timely book on a ‘Military Strategy for India in the 21st Century’,  by Lt Gen AK Singh former Lt Governor of A&N who may have surveyed Naval underwater and over water intrusions into the IOR by PLA(N) and  Lt Gen Balraj Singh Nagal ex […] 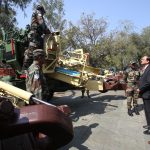 COAS GEN RAWAT IS RESTRUCTURING HIS ARMY FOR QUICK RESPONSE DICTATED BY ECONOMIC COMPULSIONS BUT WHAT IS NEEDED IS REFORM OF THE ARMED FORCES WITH MOD —- A RESTRUCTURED ARMY WITHOUT IN BUILT AIR & NAVAL SUPPORT REPEATS PATCH WORK ! REFORM IS NEEDED !

This is an IDF Analysis as there is no ownership of Defence per se in India. Foreign Defence Attaches in Delhi report to Multiple heads and Indian Defence Attaches abroad in Embassies are independent with no Defence Attache. This embarrasses the Heads of Missions; ask them ? India has no Armed Forces Day and […]