Browse: Home / 2018 / May / 17 / RICH & STABLE UAE HAS STEALTHILY BECOME A WESTERN IOR MARITIME POWER GOADED BY FRANCE & SAUDI ARABIA—WEST ASIA HAS BECOME UNSTABLE—IT IS INDIA’S OIL LIFE LINE — WAR THERE WILL HIT INDIA & IS TRUMP CAUSING IT ? IS CHINA A PLAYER THAT INDIA NEEDS ? Part One.

RICH & STABLE UAE HAS STEALTHILY BECOME A WESTERN IOR MARITIME POWER GOADED BY FRANCE & SAUDI ARABIA—WEST ASIA HAS BECOME UNSTABLE—IT IS INDIA’S OIL LIFE LINE — WAR THERE WILL HIT INDIA & IS TRUMP CAUSING IT ? IS CHINA A PLAYER THAT INDIA NEEDS ? Part One. 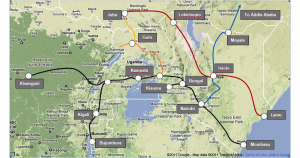