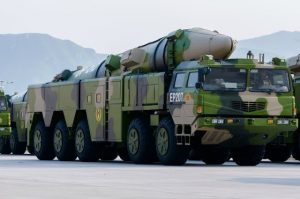 This post follows the earlier Shakti post on www.indiadefenceforum.com and it explains how  the five 1988  nuclear  Shakti tests contributed to India being accepted as a nuclear bomb nation and  a Nuclear Power, and what good followed for India.  IDF already mentioned 5 Ex PM’s contributions.  Never underestimate India coming from behind !

China at its  highest level even agreed at the critical NSG for India’s Nuclear Deal meet to permit  USA at their  highest level (Bush or Condelezza Rice)to  sign the 123 Nuclear Agreement as a nuclear power with India. It was  with  a Quid Pro Quo for USA to allow Pakistan two more 1000 Mw Chashma nuclear plants under the grandfather Agreement pre 1965 which has boosted Pakistan’s Plutonium bomb making ability. China and  North Korea supported  Pakistan with missiles and arms, in pursuit of China’s  national ambitions to replace USA as a Indo-Pacific power and India holds many keys to that.  India’s military and economic power will matter as much as Pakistan’s possible implosion.

Post Shakti India’s nuclear submarine and under water missile projects got a  fillip to complete India’s Triad and Agni series missiles’ production and operationalisation were speeded up. The Government  tilted to USA for technology imports  when sanctions placed by USA because of the Shakti tests  were lifted.  PM Dr Manmohan Singh went all out with a dream team ( Ronen Sen, Shiv Shankar  Menon, Shyam Saran, Kakodkar, Mike Narayanan and  Jaishankar among others) to  sign a Nuclear Deal with USA but  remained  incomplete as the  Insurance compensation clause in case of an accident could not be consummated then. India has now turned to France (Areva),  many say  with the 36 Rafale deal as the icing Quid Pro Quo to get the funding.  PM Modi’s strategy to balance USA-Russia and France has been posted by IDF ! It is a gamble that may succeed like Ahimsa did with co-lateral damage. 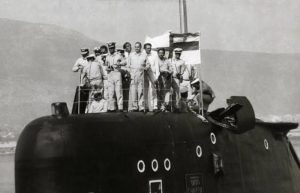 In International relations, co-lateral damage, the strategy, Military and Economic power and quid pro quos of a nation matters and North Korea and China are depicting this to checkmate Trump.  Russia’s help to India from 1970 -1990 sustained India on Quid Pro Quo and even  gave India nuclear submarines and their technology.  India supported Russia to import weapons to keep its Military Complex and their employment going. In return  India voted with Soviet Union in UN on every issue including Afghanistan and Cambodia (Pot Pol) for self interest.

Interestingly thanks to Shakti  the  morale of DRDO and DAE and military rose with the joint successes of exploding 5 devices successfully including  testing a weak  boosted fission-fusion bomb, to deliver bombs when miniaturised . At this stage IDF can state North Korea exploded a massive Thermo Nuclear device and all its weak  tunnels and facilities are reportedly  damaged and its economy cannot sustain to spend more on Defence but has proved its capability and agreed to meet Trump ……It was a strategy with  quid pro quo of China that has contributed. These are lessons for India. Based on seismic recordings from global and regional networks, and before-and-after radar measurements of the ground surface from Germany’s TerraSAR-X and Japan’s ALOS-2 radar imaging satellites, researchers showed that the underground nuclear blast pushed the surface of North Korea’s Mt Mantap outward by as much as 3.5 metres and left the mountain destroyed about 0.5 metres shorter, with deaths.

Going back, during Kargil 1999 after 1988 the three Service Chiefs were shown the nuclear bomb cores at BARC in Mumbai but were sceptical on their use. 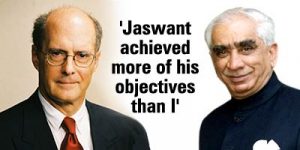 But the projects for the military like Sonars, improvements in missiles, more nuclear cores at BARC and improvements in the triggers and procedures for Strategic Forces improved. K- 4 underwater launched 3000 km nuclear missile was tested. The GPS and homing systems of BrahMos and Agni series on to targets improved. ISRO contributed. Nirbhaya cruise missile took shape,  based on USA’s  Tomahawk and is taking birth. Rome was not built in a day…….every brick by Congress and BJP placed mattered  after Shakti.

The contribution of PM Vajpayee (1999-2004) to seek time to get  the bomb ready was critical and he got Jaswant Singh to  keep meeting Strobe Talbot over two years and engage in barbecues and to  kiss Mrs Talbot at meetings. It  is all in Strobe’s book  titled Engaging India: Diplomacy, Democracy and the Bomb, and  is  revealing, how the strategy of  sustained talks between India and the United States which led to  New Delhi’s surprise nuclear tests in Shakti  1998 tests by PM Vajpayee.  USA did get India to accept de-mated bombs that Bharat Karnad criticized. It was quis pro quo then. Nuclear Doctrine can be revised for bomb policy. Read now.

It seems  the IDSA-Pugwash meet on 11th May reported on this site is available to many and will be on U Tube and some  have commented on Bharat Karnad’s critical statements to clarify issues  so IDF states that with the Information Revolution Chatham Rules made in 1923 by the British seem outdated. Speakers who make  statements must have the courage to stand by them or not make them in a conference or media and go back on them or be scared if they are quoted! Researchers and speakers must not behave like Politicians. There is nothing legal about Chatham Rules and IDF knows people who say they were misquoted are not respected if they are correctly quoted. In Pakistan Ex PM Nawaz Shariff has admitted Pakistan executed the 26/11 attack in 2008 in Mumbai and is a good example to see whether he retracts.

In that light IDF must table two  less recorded statements. First was the statement at the IDSA-Pugwash meet by the Chair K Santhanam Ex IDSA head who built the impressive IDSA  building and  was a trainee in BARC under Dr Bhabha who himself told the trainees that building a nuclear bomb was part of BARC’s aim. K Santhaman became the man to be a key in Shakti with his BARC-RAW and DRDO-MOD experience and travels all over.

Bharat Karnad  said that India should export Nuclear Technology that it has fawned in India and look to inputs if India can do so without NSG memberships and ask will it be going against International Law.

Finally thanks to amazing inputs sent on IDF post on Shakti and will post at the right time after checking veracity. But it is imperative for India to have consensus among all political parties to have a mature Nuclear Policy, and bring in the Military in areas of operations by education on India and its nuclear ambitions. Scientists have done their job as Shakti showed.

This above will need clarity by the Defence Planning Committee under NSA with the Chiefs voicing their concerns on  the basic national security strategy, and including nuclear strategy and its operations to include clear  decision making centres and  nuclear assets under Strategic Forces Command for the Triad. A  review of our nuclear doctrine with nuclear submarines with comments from the public and make a clear classified conventional  and nuclear  targeting philosophy for the military.   Shan Na Varuna.

Previous Post: IDSA –PUGWASH 20TH ANNIVERSARY OF INDIA’S 5 NUCLEAR SHAKTI TESTS WAS CHAIRED BY ON SITE OFFICIAL WITH 3 DISCUSSANTS —- BUDDHA SMILING -1974 & FUSION BOMBS’ CONTROVERSY & TESTING UNDER CTBT & DEMATTED CORES CAME UP— BUT ATV & NFU DID NOT —PART ONE
Next Post: RICH & STABLE UAE HAS STEALTHILY BECOME A WESTERN IOR MARITIME POWER GOADED BY FRANCE & SAUDI ARABIA—WEST ASIA HAS BECOME UNSTABLE—IT IS INDIA’S OIL LIFE LINE — WAR THERE WILL HIT INDIA & IS TRUMP CAUSING IT ? IS CHINA A PLAYER THAT INDIA NEEDS ? Part One.