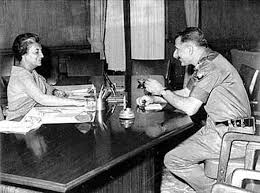 Tasnim decided to ‘charade a fishing vessel’, vented ballast tanks to sink down a bit, with only the conning tower showing, and with a sigh of relief, saw the IN ship (Possibly a Petya) turn away. The episode lasted 20 minutes. Eight days later, Khukri was sunk in retrospect, due to repairs to its air conditioner under Indian Navy’s nose !

Adm A U Khan describes the painting of Hangor’s attack on Khukri displayed at Karachi’s Maritime Museum. CO Tasnim is giving orders to the Ops Room Team, to classify a target in the early stages of the approach phase. The team looks relaxed. On CO’s left is the XO Khan wearing handsets. The navigator next to the sonar console is seen checking target reports from the Sonar Operator. TASO Lt F Bokhari, is working out target parameters target course, speed and range on the self illuminating plotting table. The Assistant Plotter with divider in hand is assisting him. This captures the spirit of the Ops Room of the Hangor.

After Hangor sank the Khukri on the night of 9th December, the Indian Navy hunted Hangor for 48 hours, new un worked up Sea Kings hovered and dunked and ships lobbed over hundred squids and depth charges, scaring Hangor as she was low on batteries and could not snorkel to charge batteries and hugged the coast. Tasnim rigged Hangor for silence, switched off electrical equipment, creeping towards Karachi with oxygen candles and air scrubbers to revitalize the stale air. 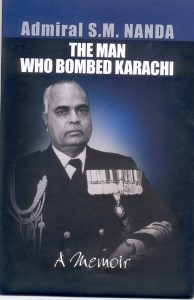 Movements of the crew were minimized to conserve oxygen. The Chief EA told Khan on his rounds, ”Sir, lets go back home. I know these sasuras (referring to in-laws, the Indians) intentions are not honorable.” Khan replied, ”Chief, we’ve sunk their ship, what do you expect?” Chief EA: “Yes Sir, but you are the EXO. Tell the Captain we have done our job, now stop playing this cat-and-mouse game with the sasuras and head home … otherwise all that money I have hidden will be lost –forever!”

THE SCENE ON PNS KHAIBAR ON 4TH DECEMBER

Lt Hassan Asif (in ‘Dead or Alive’) was Navigating Officer (NO) of PNS Khaibar on 4th December and recalls that as the ship went down, he found himself in a group of 55 survivors in the water on that dark moonless night. By sunset next day, only 31 were left. The lifejackets of those who died were taken over by those alive, who were rescued 14 hours later. Surg. Lt Irshad had declared Topass Jogindar dead, but amazingly, on hearing a shout of ‘pilao’ he blew his whistle, he seemed to come alive, but later was seen as dead. Was it imagination? Steward Jan was floating past Asif on a plank; the pleading eyes of the dying man haunts him even today.

Commander M Rafique, then a Sub Lt as DLO on Khaibar at the main switch board (actions stations), recalls the huge explosion forward of the funnel. Along with LO Lt Cdr Fazzal Ahmad (who did not survive) he started the Emergency Diesel Generator.

Able Seaman Adalat who was dead-beat in the water, wearily took off Khaibar’s buoy and handed it to Rafique. ”Sir it is all finished for me. You have this now.” With these last words, Adalat went to his watery grave. Labouring to stay afloat, Rafique was rescued but he let go of Khaibar’s lifebuoy, and lost the souvenir that AB Adalat had given up his life for.

On 4th December, Lt Cdr Shaiq Usmani (later Justice Usmani) CO PNS Muhafiz, a minesweeper deployed for patrol sailed 30 miles off Karachi. He ordered life jackets, but felt that a Captain puffing a pipe and wearing a life jacket would not look reassuring. A white light appeared on his port side at a thousand feet, in the darkness and Usmani assumed it was an aircraft.

Suddenly a Styx missile struck the funnel area with a flash, burning his skin and singeing his hair catapulting him high and then deep into the water with debris and flames. PNS Sadaqat, commanded by Lieut. Qayyum Khan finally rescued the survivors. Of the fifty, only three finally survived, including Usmani.

Usmani’s wife, who came to see him burnt completely black at PNHS Shifa, recognized him by his feet. Adm Zahir Shah saw a burnt pipe on the Judge’s table, when he met him and with the Navy’s help, collected such stories for the PN Book Club and published Bubbles of Water. 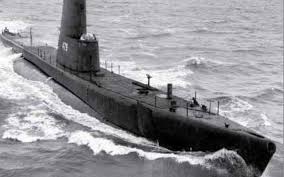 VAdm Naqvi in ‘The Lucky Captain’ quotes Vice Adm Hiranandani’s book “Transition to Triumph”: “There were also reports that the Pakistan Navy on their own, fitted two midgets with external torpedo tubes for firing MK-44 torpedoes (actually E-5s). When one of them tried to fire against an Indian ship, the fire control system did not work.”

Hiranandani is correct as Lt Naqvi commanded that 62 ton midget. On 6th December, off Kathiawar Coast in dog watch (1600-2000), the sonar picked up propeller noise and periscope broke surface. Naqvi sighted a Petya with side number obliterated at 1200 yards charging on, with no idea a midget was close. Naqvi ordered ”Shoot!” Nothing happened. ”Shoot! Dammit!” he yelled, using more air pressure.

The Petya came close, and Naqvi dived. On the Petya, Capt Gopala
Rao (Kiltan) or Cdr Tony Jain (Kadmatt) may be the lucky Captain for the close shave with Naqvi’s reluctant torpedo, as the angle of the midget at that moment prevented the torpedo from swimming out. The angle and air pressure have to match. The midget sits prominently at the roundabout in Karachi’s Gizri area and the place is still called Submarine Chowk. IDF adds L&T has done work on torpedo launches from INS Arihant.

On the night of 8 December when the Vinash (Lcdr Vijay Jerath)
carried out a missile attack, there were oiler PNS Dacca and minesweeper PNS Munsif off Karachi which was darkened. The sinking of Khaibar and sister ship Muhafiz, was fresh in their minds. Munsif was cleverly anchored between merchant ships and switched off radars. A tired EXO, Lt Jamil Akhtar, recalls he went to sleep. The steward shook Jamil shouting ”Sir, Karachi is under attack!” Munsif came out unscathed and had a grandstand view of the four missiles fired by Jerath that night and lived to describe the attack in detail. 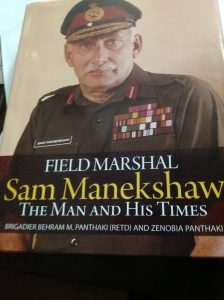 Munsif first rescued the survivors of Dacca and thereafter from the burning MV Harmatton, when her tanks burst and a huge piece of burning debris flew in the direction of Munsif. A young sailor shouted “Missile! Missile!” Someone added “Abandon ship!” In moments, there were the sounds of a dozen men splashing in the water. Lt Akhtar got them back on board, especially Chief ERA Ashraf who always said, ”Chees ye hai, na jee” (“It’s like this, you see”). Sub Lt Razaq Mirza on the darkened deck heard “Chees ye hai na jee. Sir, could you kindly chuck that life-buoy down?” Mirza wittily replied, “Chees ye hai na jee, Chief Saab, come back on board right now!”

IDF ADDS. Throughout her service, HMS Kelly was commanded by Lord Louis Mountbatten in WW 2 . She was lost in action in 1941 during the Battle of Crete and when he was asked what he planned to do, he joked, “Buy a Farm.” He said he will serve in any ship except one which does not have a sense of humour. FM Manekshaw and Adm Nanda and ACM Lal exchanged light talk through out the 71 war. India was lucky to have them.
Shan Na Varuna